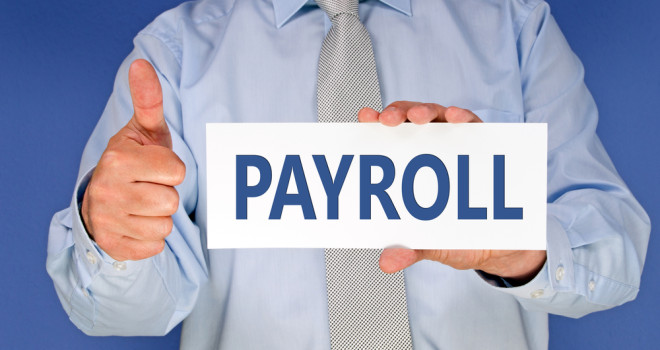 payroll taxes. Not only are the penalties for payroll tax noncompliance steeper than they are for other

types of taxes, but the range of accountability is much broader. The IRS assesses an additional penalty,

called the Trust Fund Recovery Penalty, on any business that owes back payroll taxes. This penalty,

balance, is equal to 100% of the delinquent payroll tax amount and can be collected from anyone who is

in any way associated with making the payroll tax payments. Included in this circle of responsibility are

individuals who have any knowledge of, or involvement with, company payroll taxes even though they

may have no official decision making power as to whether those taxes are paid.

imposed by the United States Tax Court when a payroll tax debt remains unpaid. When Equidyne

Management Company failed to make its required payroll tax payments back in 1982, the Internal

they are allowed to do, the IRS imposed the 100% Trust Fund Recovery Penalty on each of the three

company officers individually. When a tax settlement was reached with company creditors over ten

years later, they placed tax liens on both Robert Liebmann and Joel Beeler for approximately $150,000

each, the entire amount of the company’s original payroll tax balance! At the same time, they collected

over $80,000 from Stuart Ross and got a judgement against him for the reminder of the amount he

Although tax liens are normally in effect for ten years, those imposed on the officers of Equidyne were

mistakenly released in 2001 before the payroll tax debt had been collected. Realizing its mistake, he IRS

even though the statute of limitations for collecting the debt had expired. The court agreed that they

either Robert Liebmann and/or Stuart Ross. Once all was said and done, a judgement was handed down

requiring Beeler to pay the balance of the company’s payroll tax debt that was, by that time, over 30

The case described above illustrates some of the severe consequences of payroll tax noncompliance and, at the same time, highlights the importance of a company’s payroll services arm. Among other

that payroll tax deposits are both accurate and timely. In addition, it is their job to prepare and submit

abreast of changes in payroll tax legislation. With all of these payroll services functions in place, the

company is set up to avoid the stiff Trust Fund Recovery Penalties which are assessed for late payroll tax payments.
If your business is seeking an outsourced bookkeeping solution, the experienced professionals at Orange County Bookkeeping can provide you with the expertise you are looking for. Our licensed accountants

and bookkeepers are equipped to serve Orange County businesses of any size, structure or industry

focus. Visit us today at www.ocbookkeeping.com to learn more about our full range of bookkeeping, tax

info@ocbookkeeping.com to receive a free, no obligation consultation.