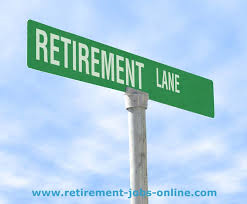 Fixed assets are defined as tangible assets such as buildings furniture and machinery that are expected to be used for more than one accounting period. Another qualification of fixed assets is that they are assets used to carry out business and provide an economic benefit to a company, as opposed to inventory which consists of assets acquired for the purpose of resale. Previous tax laws allowed a tax write-off when a fixed asset, such as a building, was retired as a whole but had no provision for retiring part of the building. As illustrated by the following example, the partial write-offs allowed by the new tax laws can amount to a significant tax savings. Suppose the roof of a commercial building that is being depreciated over 39 years is retired after 10 years. If the roof has a $300,000 tax basis, that amounts to a $225,000 tax write-off which, in turn, would generate a tax savings of close to $100,000!
Another twist to the laws governing partial fixed asset dispositions is that the allowance for late partial asset dispositions is set to expire at the end of this year. From the end of 2012 through the end of 2014, companies have the ability make late partial dispositions for any asset taken out of service in any year prior to the year the change is being filed. However, beginning on January 1, 2015, companies will only be able to retire an asset that has been actively used in the current accounting period and acquired in a previous one. This change means that bookkeepers and bookkeeping services providers will have to step up their game even more since they will no longer have the ability to go back and submit a partial asset retirement once an accounting period is over and the return has been filed.

If your business is seeking an outsourced bookkeeping solution, the experienced professionals at Orange County Bookkeeping can provide you with the expertise you are looking for. Our licensed accountants and bookkeepers are equipped to serve Orange County businesses of any size, structure or industry focus. Visit us today at www.ocbookkeeping.com to learn more about our full range of bookkeeping, tax and business consulting services. Contact us by phone at 949.242.9852 at or by email at info@ocbookkeeping.com to receive a free, no obligation consultation.